Grab your popcorn and hold on to your choc-tops, the Naked Girls are back to give you an experience in 3D you won’t soon forget! Our literary starlets are rolling out the red carpet and inviting you to join NAKED GIRLS READING – MELBOURNE in August on… “THE CASTING COUCH!”

And Frankie Valentine’s rendition of “Basic Instinct” has to be seen to be believed… THE CASTING COUCH is coming soon. Rated L for Literature. 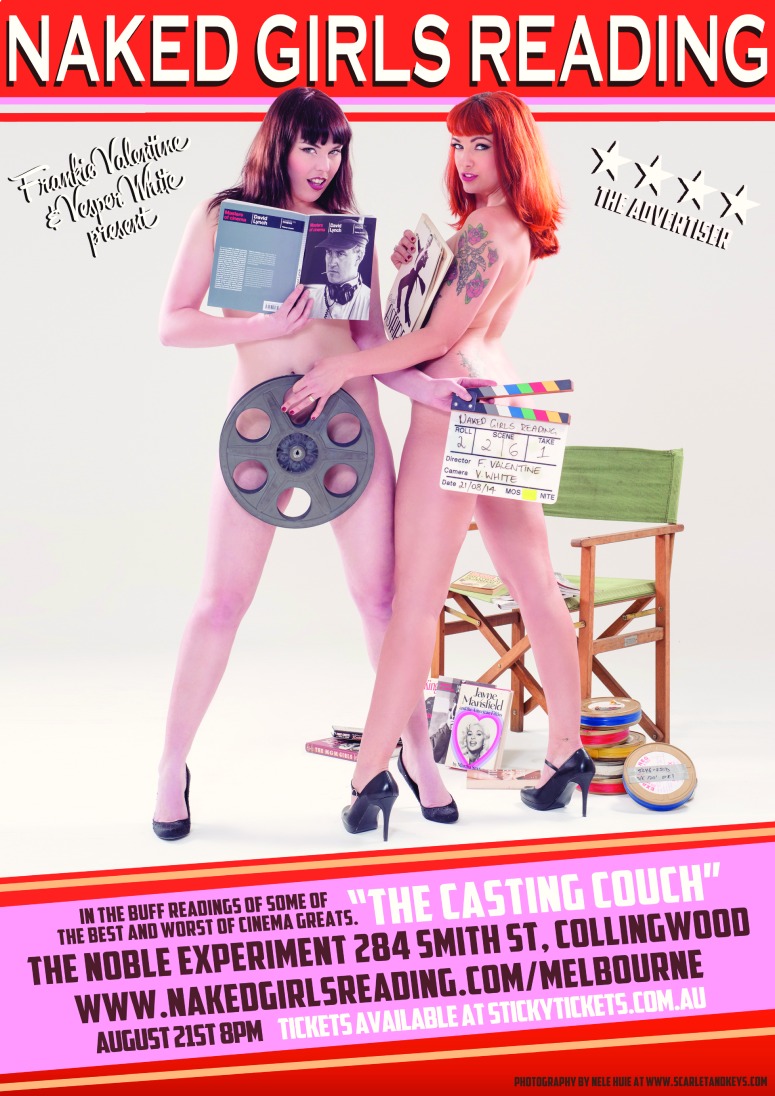